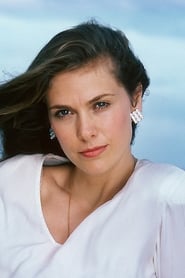 Colleen Celeste Camp  (born June 7, 1953) is an American actress and film producer, known for her performances in two installments of the Police Academy series and as Yvette the Maid in the 1985 black comedy Clue. She was also the first actress to play Kristin Shepard in U.S. prime time soap opera Dallas in 1979.

Camp was born in San Francisco, California. She had small early roles in films... Read more