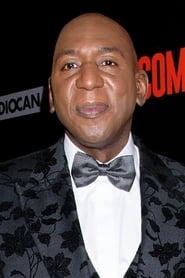 Colin Andrew Ignatius Peter McFarlane (born 15 September 1961) is a British actor and voice actor. He is best known for his role as Gillian B. Loeb in two films of Christopher Nolan's The Dark Knight Trilogy, Ulysses in the STARZ television drama series Outlander and as the voice of Bulgy in the children's television series Thomas & Friends.