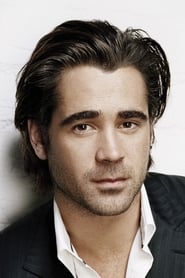 Colin James Farrell (born 31 May 1976) is an Irish actor. He first appeared in the BBC drama series Ballykissangel (1998), then made his film debut in the drama film The War Zone (1999), and was discovered by Hollywood upon taking the lead role in the war drama film Tigerland (2000). He then portrayed the outlaw Jesse James in the Western film American Outlaws (2001) before starring in the... Read more