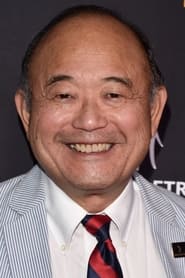 Kusatsu was born and raised in Honolulu, Hawaii, where he attended ʻIolani School. Kusatsu began acting in Honolulu summer stock, and after studying theatre at Northwestern University, started to make his mark on the small screen in the mid-1970s. Usually mustachioed, with a dapper, professional air, he has most often played doctors,... Read more