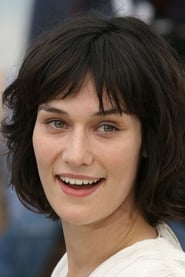 Clotilde Hesme ( born 30 July 1979 in Troyes, Aube) is a French actress. She is the sister of Annelise Hesme, and Élodie Hesme, who are also actresses.

After studying at the Conservatoire National Supérieur d'Art Dramatique (CNSAD), she appeared in plays and was noticed by Jérôme Bonnel who cast her in his film Le Chignon d'Olga in 2002. In 2005 she appeared in Philippe Garrel's Regular... Read more