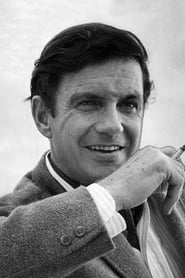 Clifford Parker Robertson III (September 9, 1923 – September 10, 2011) was an American actor whose career in film and television spanned half a century. Robertson portrayed a young John F. Kennedy in the 1963 film PT 109, and won the 1968 Academy Award for Best Actor for his role in the film Charly. On television, he portrayed retired astronaut Buzz Aldrin in the 1976 adaptation of Aldrin's... Read more