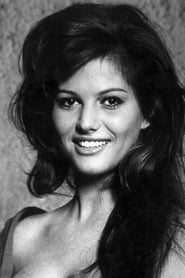 Claude Joséphine Rose "Claudia" Cardinale (born 15 April 1938) is an Italian actress. She has starred in European films in the 1960s and 1970s, acting in Italian, French, and English.

Born and raised in La Goulette, a neighbourhood of Tunis, Cardinale won the "Most Beautiful Italian Girl in Tunisia" competition in 1957, the prize being a trip to Italy, which quickly led to film contracts,... Read more