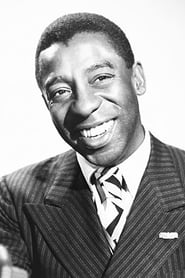 Clarence Muse (October 14, 1889 – October 13, 1979) was an American actor, screenwriter, director, composer, and lawyer. He was inducted in the Black Filmmakers Hall of Fame in 1973. Muse was the first Negro to "star" in a film. He acted for more than sixty years appearing in more than 150 movies.

Born in Baltimore, Maryland, the son of Alexander and Mary Muse, he studied at Dickinson... Read more