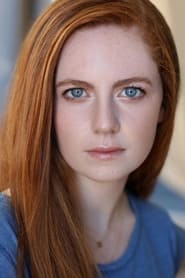 Clare Foley (born September 25, 2001) is an American actress. She is known for playing the roles of Ruby Taylor in Do No Harm, Ashley in Sinister, a young version of Piper in Orange Is the New Black and Ivy Pepper, a version of Pamela Isley in the first two seasons of Gotham appearing in a cameo role in the show's third season to pass the role to actress Maggie Geha.