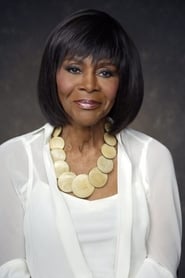 Cicely Louise Tyson was an American actress. In a career which spanned more than seven decades in film, television and theatre, she became known for her portrayal of strong African-American women. She received various awards including three Emmy Awards, a Screen Actors Guild Award, a Tony Award, an Honorary Academy Award, and a Peabody Award.

She was discovered by a fashion editor at... Read more