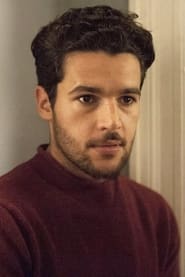 Christopher Jacob Abbott (born February 1986) is an American actor. Abbott made his feature film debut in Martha Marcy May Marlene (2011). Abbott's other notable films include Hello I Must Be Going (2012), The Sleepwalker (2014) and A Most Violent Year (2014). In 2015, Abbott starred as the title character in the critically acclaimed film James White. Abbott is mostly known for his role as... Read more