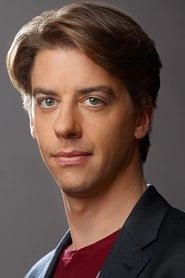 Christian Dominique Borle is an American actor in theater, television, and film. He is a two-time Tony Award winner for his roles as Black Stache in Peter and the Starcatcher and as William Shakespeare in Something Rotten!. Borle originated the role of Emmett in Legally Blonde on Broadway, starred as Tom Levitt on the NBC musical-drama television series Smash, and starred as Marvin in the 2016 Broadway revival of Falsettos.