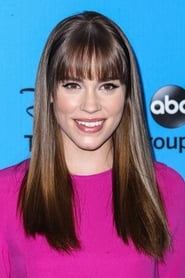 Christa B. Allen (born Christa Brittany Allen, November 11, 1991) is an American actress. She is known for playing the younger version of Jennifer Garner's characters in 13 Going on 30 (2004) and Ghosts of Girlfriends Past (2009), as well as for her role as socialite Charlotte Grayson on the ABC drama series Revenge.

Allen was born in Wildomar, California. She is the youngest of nine... Read more