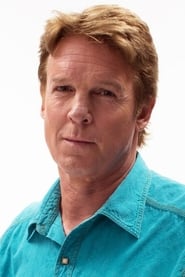 ​ Christopher Jay "Chris" Potter (born August 23, 1960) is a Canadian actor, musician and pitchman. He is primarily known for his roles on soap operas and prime-time television. Potter is known for his roles as Peter Caine, on the popular 1990s crime drama, Kung Fu: The Legend Continues, Dr. David Cameron on the first season of Queer as Folk, as the voice of Gambit in the animated X-Men... Read more