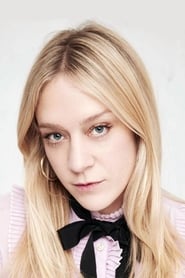 Chloë Stevens Sevigny (born November 18, 1974) is an American film actress, fashion designer and former model. Sevigny became known for her broad fashion career in the mid-1990s, both for modeling and for her work at New York's Sassy magazine, which labeled her the new "it girl" at the time, garnering her attention within New York's fashion scene.

Sevigny made her film debut with a leading... Read more