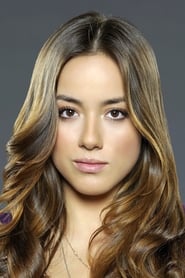 Chloe Bennet (born Chloe Wang on April 18, 1992), is an American actress and singer. She is starring as Skye in the ABC series Marvel's Agents of S.H.I.E.L.D..

Bennet was born on April 18, 1992, in Chicago, Illinois, to a Chinese father and a Jewish-American mother. She moved to Beijing, China to pursue a singing career. While she was there, she studied Mandarin, learned the demands of... Read more