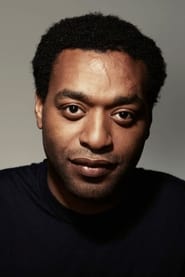 Chiwetelu Umeadi "Chiwetel" Ejiofor was born on 10 July 1977 in Forest Gate, London. He attended London Academy of Music and Dramatic Art, but had to leave after a year after receiving the roll of Ens, in Steven Spielberg's historical drama, "Amistad". For his first leading film role in Dirty Pretty Things, he won a British Independent Film Award for best actor. He has portrayed Othello in... Read more