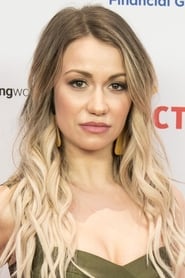 Chelsey Marie Reist is a Canadian actress, television host, and dancer. From 2014-2018 she played Harper McIntyre in The CW's The 100. She starred as Rachel in the 2012 horror film No Tell Motel which screened at the Cannes Film Festival and she appeared in 12 Rounds: Reloaded starring WWE wrestler Randy Orton.