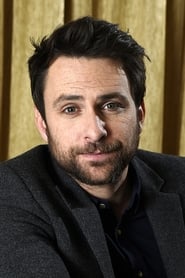 Charlie Day is an American television and film actor, from Middletown, Rhode Island, best known for playing Charlie Kelly on It's Always Sunny in Philadelphia.

Besides playing Charlie Kelly on the hit FX television series It's Always Sunny in Philadelphia, he is also the show's executive producer and one of its writers. He has also appeared on several other television shows such as Third... Read more