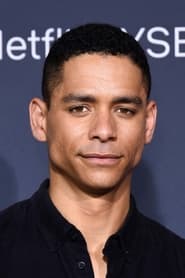 Charlie Barnett is an American actor, who starred as Alex Payne on the NBC drama Ordinary Joe, as Ben Marshall on the Netflix series Tales of the City, as Alan Zaveri on the Netflix comedy series Russian Doll, as Gabe Miranda on the Netflix thriller series You, as Ian Porter on the CW series Valor, as Patrick Warner on the ABC series Secrets and Lies, and as Peter Mills - a firefighter/paramedic on the NBC drama Chicago Fire (2012-2015).