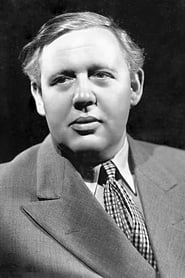 Charles Laughton (1 July 1899 – 15 December 1962) was an English-American stage and film actor, director, producer and screenwriter. Laughton was trained in London at the Royal Academy of Dramatic Art and first appeared professionally on the stage in 1926. In 1927, he was cast in a play with his future wife Elsa Lanchester, with whom he lived and worked until his death.

He played a wide... Read more