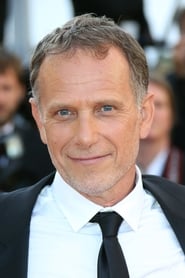 Charles Berling (born 30 April 1958) is a French actor, director and screenwriter. Charles Berling, son of a navy doctor, is also the nephew of the literary critic Raymond Picard. His mother, Nadia, "only daughter of (French) settlers in Morocco" was born in Meknes (Morocco); she died in 2004. When he was two years old he left Paris for Brest, then Toulon, then, at seven, Tahiti. He studied... Read more