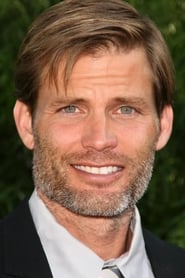 Casper Van Dien's breakthrough role was as the lead in Paul Verhoeven's sci-fi film Starship Troopers (1997). Still one of the most talked about films of 1997 that has one of the largest cult followings in film history. He was also in Tim Burton's critically acclaimed film Sleepy Hollow (1999), as Brom Bones. He was the 20th Tarzan and the only one to ever film in Africa and ride an African... Read more