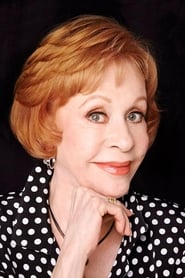 Carol Creighton Burnett (born April 26, 1933) is an American actress, comedienne, singer, dancer and writer. Burnett started her career in New York. After becoming a hit on Broadway, she made her television debut. After successful appearances on The Garry Moore Show, Carol moved to Los Angeles and began an eleven-year run on The Carol Burnett Show which was aired on CBS television from... Read more