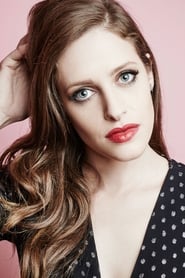 Carly Hannah Chaikin (born March 26, 1990) is an American actress. Her acting career began in 2009 and she received her breakout role two years later, co-starring as Dalia Royce in the ABC sitcom Suburgatory. She played the role until the series' cancellation in 2014, and one year later began playing the role of Darlene in the USA Network thriller drama series Mr. Robot.