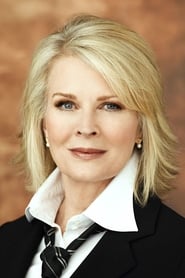 Candice Patricia Bergen (born May 9, 1946) is an American actress and former fashion model.

She is known for starring in two TV series, as the title character on the situation comedy Murphy Brown (1988–1998), for which she won five Emmy Awards and two Golden Globe Awards; and as Shirley Schmidt on the comedy-drama Boston Legal (2004–2008), for which she was nominated for two Emmys, a... Read more