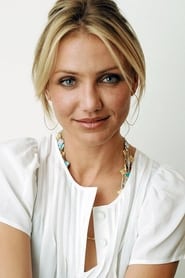 Cameron Michelle Diaz (born August 30, 1972) is an American entrepreneur, producer, author, and retired actress and model. The recipient of several accolades, including nominations for four Golden Globe Awards, a BAFTA Award and three Screen Actors Guild Awards, and a star on the Hollywood Walk of Fame, she was named the highest-paid Hollywood actress over 40 in 2013. As of 2018, the U.S.... Read more