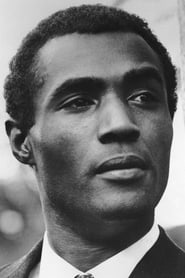 Calvin Lockhart (born Bert Cooper; October 18, 1934 – March 29, 2007) was a Bahamian-American actor on stage and in film. He was best known for the role of a big time gangster "Biggie Smalls" in the 1975 film Let's Do It Again, not to be confused with the deceased rapper Biggie Smalls. Christopher Wallace took the alias from Lockhart's character before a lawsuit forced Wallace to change it... Read more