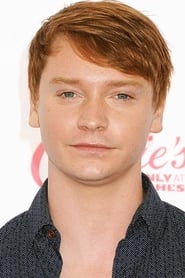 Calum Worthy (born January 28, 1991) is a Canadian actor, writer, and producer, known for his roles as Dez on the Disney Channel series Austin & Ally, Alex Trimboli in the Netflix series American Vandal, Nicholas Godejohn in the Hulu series The Act, and himself in The Coppertop Flop Show. He has won two Young Artist Awards in the Leading Young Actor category for his performances in the comedy... Read more