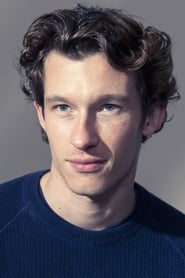 Callum Robilliard Turner (born 15 February 1990) is a British actor and model. He is known for his roles as Theseus Scamander in Fantastic Beasts: The Crimes of Grindelwald, Bill Rohan in Queen and Country, Eli in E4 series Glue and Shaun Emery in the BBC One television series The Capture. For his performance in The Capture, Turner received a nomination for the BAFTA Television Award for Best Actor.