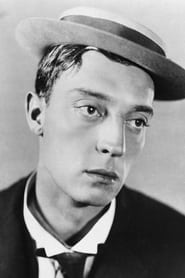 Buster Keaton (4th October 1895 - 1st February 1966) was an American comic actor, filmmaker, producer and writer. He was best known for his silent films, in which his trademark was physical comedy with a consistently stoic, deadpan expression, earning him the nickname "The Great Stone Face".

Keaton was recognized as the seventh-greatest director of all time by Entertainment Weekly. In 1999,... Read more