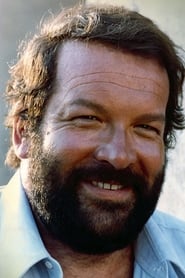 Bud Spencer was an Italian actor, filmmaker and a former professional swimmer. He was known for past roles in action-comedy films together with his long-time film partner Terence Hill. Growing from a successful swimmer in his youth, he got a degree in law, and has registered several patents. Bud also became a certified commercial airline and helicopter pilot, Bud Spencer also supported and... Read more