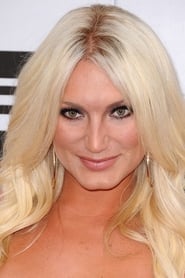 Brooke Ellen Bollea (born May 5, 1988), better known by her stage name Brooke Hogan, is an American singer, actress, model, socialite, and television personality, and the oldest child of professional wrestler Hulk Hogan (Terry Gene Bollea). She appeared on the reality-television series "Hogan Knows Best", which focused on her family, and which premiered on July 10, 2005 on VH1. Since the... Read more