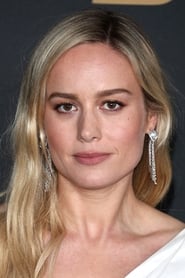 Brianne Sidonie Desaulniers (born October 1, 1989), known professionally as Brie Larson, is an American actress and filmmaker. Known for her supporting roles in comedies as a teenager, she has since expanded to leading roles in independent films and blockbusters. Larson is the recipient of various accolades, including an Academy Award, a Golden Globe Award, and a Primetime Emmy Award. Time... Read more