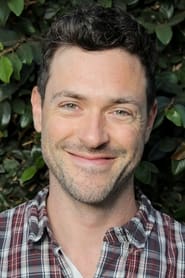 Brendan Hines (born December 28, 1976, Baltimore, Maryland) is an American actor and singer-songwriter. He has had a number of small television roles and leading roles in a handful of independent films. He currently appears as Eli Loker on Lie to Me.

He previously played Andy Goode in the Terminator television series, Terminator: The Sarah Connor Chronicles and Tyler Ford in The Middleman. He... Read more