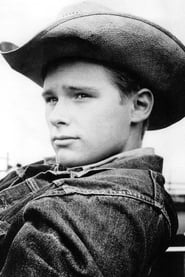 Andre Brandon deWilde (April 9, 1942 – July 6, 1972) was an American theatre and film actor.He was born into a theatrical family in Brooklyn. Debuting on Broadway at the age of 7, De Wilde became a national phenomenon by the time he completed his 492 performances for The Member of the Wedding[3][4] and was considered a child prodigy.

Before the age of 12 he had become the first child... Read more