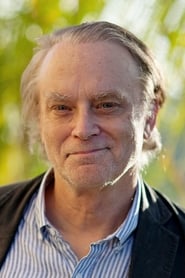 Bradford Claude "Brad" Dourif is an American film and television actor who gained early fame for his portrayal of Billy Bibbit in One Flew Over the Cuckoo's Nest.

He has since appeared in a number of memorable roles, including the voice of Chucky in the Child's Play franchise, Younger Brother in Ragtime, the mentat Piter De Vries in David Lynch's Dune, Gríma Wormtongue in The Lord of the... Read more