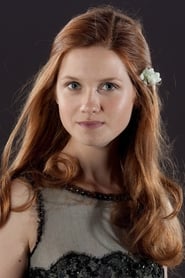 Bonnie Francesca Wright was born on February 17, 1991 to jewelers Gary Wright and Sheila Teague. Her debut performance was in Harry Potter and the Philosopher's Stone (2001) as Ron Weasley's little sister Ginny Weasley. Bonnie tried out for the film due to her older brother Lewis mentioned she reminded him of Ginny. Her role in the first film was a small cameo like role as Ginny, having bigger... Read more