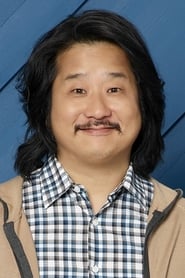 Robert "Bobby" Lee Jr. (born September 17, 1971) is an American actor and comedian best known as a cast member on Mad TV from 2001 to 2009 and for his roles in the film Harold & Kumar Go to White Castle, Pineapple Express and The Dictator. In 2016 Bobby and his girlfriend, Khalyla Kuhn, started a weekly podcast called Tigerbelly that has a number of notable guests including, Asa Akira, Charlie... Read more