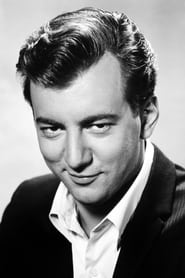 He started his career as a songwriter for Connie Francis. He recorded his first million-selling single, "Splish Splash", in 1958. That was... Read more