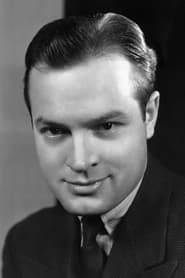 Bob Hope (1903 – 2003) was a British-born American comedian and actor who appeared in vaudeville, on Broadway, and in radio, television and movies. He was also noted for his work with the US Armed Forces and his numerous USO shows entertaining American military personnel. Throughout his career, he was honored for his humanitarian work. In 1996, the U.S. Congress honored Bob Hope by... Read more