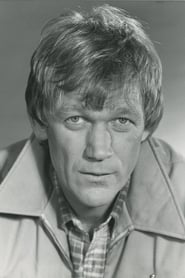 Bo Svenson (born February 13, 1941) is a Swedish-born American actor, known for his roles in American genre films of the 1970s and 1980s. In the late 1960s, Svenson had a recurring role in the hit TV series Here Come the Brides as Lumberjack Olaf "Big Swede" Gustavsen.

Svenson appeared in the 1973 made-for-TV movie Frankenstein, in which he plays the Creature.

One of Svenson's first... Read more