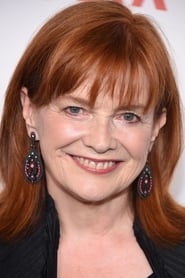 Blair Brown is an American stage, film and television actress. She was the leading actress in feature films such as "Altered States", "Continental Divide" and "Strapless", and she played the title character in the television comedy-drama "The Days and Nights of Molly Dodd", as well as supporting characters Nina Sharp "Fringe" and Judy King "Orange Is the New Black".