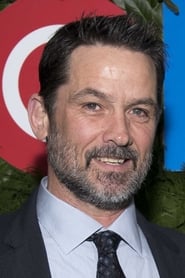 William Oliver Campbell (born July 7, 1959) is an American film and television actor. He first gained recognition for his recurring role as Luke Fuller in the TV series Dynasty. Then he became known for playing Rick Sammler on Once and Again, Det. Joey Indelli on Crime Story, Jordan Collier on The 4400, and Dr. Jon Fielding on the Tales of the City miniseries. His most notable films include