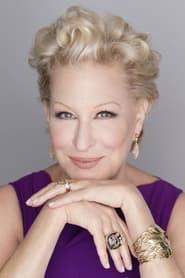 Bette Midler (born December 1, 1945) is an American singer, songwriter, actress, comedian, and film producer. Born in Honolulu, Hawaii, Midler began her professional career in several Off-Off-Broadway plays, prior to her engagements in Fiddler on the Roof and Salvation on Broadway in the late 1960s. She came to prominence in 1970 when she began singing in the Continental Baths, a local gay... Read more