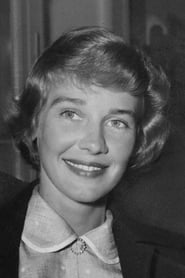 Betsy Drake (September 11, 1923 – October 27, 2015) was a French-born American actress and writer. She was the third wife of actor Cary Grant. She began looking for work as an actress in New York City, supporting herself by working as a Conover model. She met the playwright Horton Foote, who offered her a job as an understudy in his play Only the Heart, which enabled her to join the Actors'... Read more