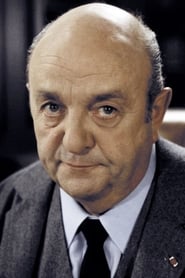 Bernard Blier (11 January 1916 – 29 March 1989) was a French character actor. His rotund features and premature baldness allowed him to often play cuckolded husbands in his early career. He proved to be one of France's most versatile and sought-after character actors, performing interchangeably in comedies and dramas. He often worked in Italian films, particularly in the last decade of his... Read more