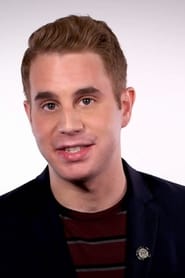 Benjamin Schiff Platt (born 24 September 1993) is an American actor, singer, and songwriter. He began his career in theatre as a child and appeared in Broadway productions of The Music Man (2002), The Book of Mormon (2012–2013), and Dear Evan Hansen (2015–2017), receiving multiple accolades for his performances, including the Tony Award for Best Actor in a Musical. His film credits include... Read more