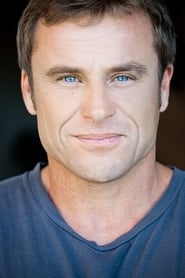 Ben Oxenbould (born 2 March 1969) is an Australian actor and comedian, best known for his work in the Australian film and television industry.