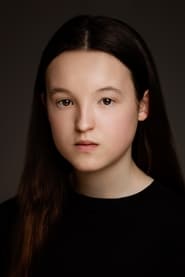 Isabella May Ramsey (born in September 2003) is an English actor. She is known for her breakthrough role as young noblewoman Lyanna Mormont in the HBO fantasy television series Game of Thrones (2016–2019), and subsequent television roles as Mildred Hubble in the 2017 CBBC series The Worst Witch, the voice of the title character in the Netflix animated series Hilda (2018–present), and Jane... Read more